We come from separate continents but share similar ideals.

Return to The Armchair 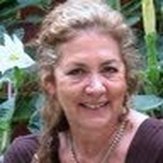 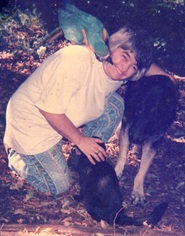 Nancy with Rasta Bird, Kissy Cat, and Luke Dog.
Nancy was 15 years old when John Kennedy was assassinated. In an instant her generation had their childhoods crushed. A child’s mind becomes an adult mind the moment a question has no answer. In Nancy’s generation that question was “why did you kill the President” and shortly after that, “and why are you lying about how it happened?”

In quest for that answer Nancy wrote Cosmic Reality: The John Kennedy - Jesus Christ Connection. This book is a available as free PDF download. She has also written a fact based novel The 9/11 Crusade.

What she wants you to know is that Reality is what YOU think it is. And the generation that is called the “Sixties Generation” is still searching for the truth.

Murray has a background is Psychology and Sociology and trained initially as a teacher. Following a diploma in depth psychology, he left the world of teaching for the world of consultancy, working around Europe with senior members of organisations ranging from big Oil and Construction to the World Wildlife Fund.
He has lived in both the Philippines and India, loves America but deplores its political decline, and has now made his home in the literal cradle of European civilisation, Crete, where he lives with his wife Heather and a gaggle of cats.
Murray has completed one novel and has another two on the go. All his writing revolves around his deepest interest, namely the Wisdom Teachings of the Ages.